Immulite 2000 Reagent Temperature Errors and how to troubleshoot and repair them!

Need help with your Temp problem? Let us know how we can help you!

Sooner or later every Immulite 2000 and Immulite 2000 XPI (same TED system on both) will experience Reagent Temperature High Errors. These errors will manifest in a large read error message on the screen. Keep in mind you can keep running your tests by moving the message screen out of the way to the bottom of the screen. Once you have done that you may also want to turn off the sound to eliminate the fog horn alarm.

Keep in mind that if the temperature has gone high you will need to take the reagents off the system and put them in the refrigerator when you are done with your testing. The Reagent carousel is set to run between 5 and 8 degrees C. With a temperature error you may see temps as high as 15C or more. This will degrade the reagent if you don't keep it refrigerated when you are done running.

The Reagent carousel has two Thermal Electrical Devices that keep the temperature correct. If one of these units go out the temperature may or may not go high enough to be out of range. The easy way to tell which one is bad is to open the reagent carousel cover and touch the right and left sides of the carousel with the tray removed. If one side is cold to the touch and the other is not then you can bet the warm one is bad. In rare cases both may have failed.

To repair the problem you will need to at a minimum replace the TED that is warm to the touch. We would however recommend that you replace both at the same time since once one fails the other is working super overtime to try to keep the temperature low enough. This may stress the good one so we always replace both once we have had an error.

To replace the TEDs you will need to remove the sample carousel to get at the Reagent carosuel. Then all you need to is remove the 4 captive screws and all the cabling and tubing remove the reagent assembly. Once you have it out just turn it over remove the two TEDS and replace them with the new or tested unsed units.

Immulite 2000 Reagent Temperature Errors and how to troubleshoot them! 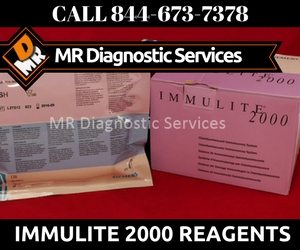 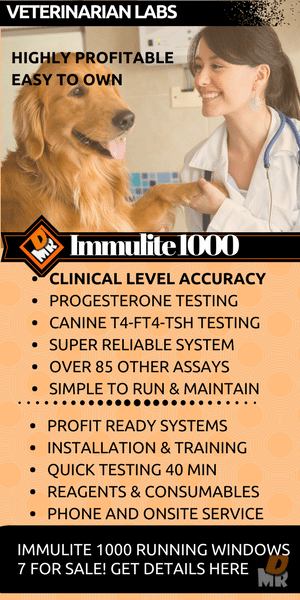